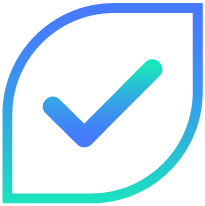 Verified by the MUX Team

Currently, the MUX protocol governance process involves forum proposals and community discussions. Any proposed modifications to the protocol will be openly discussed on the forum before the team executes them. The executions will be transparent, and the MUX team will notify the community through various channels before the implementation occurs. Excluding emergency protocol pauses that prevent security incidents, all protocol modifications will only take effect after a 48-hour timelock.

After the protocol reaches a self-sufficient state (supported by protocol-owned liquidity), veMUX voting will be added to the governance process. The voting process will initiate when the community comes to a rough consensus on a proposal.

MCB is the protocol’s main token. Users can lock MCB to receive veMUX which entitles them to protocol income and MUX rewards.

Users can vest MUX tokens into MCB over 1 year, which will be discussed in more detail below. The MCB supply cap won’t change unless a governance proposal for increasing the cap is initiated and passed. If the supply cap is voted to increase, the change should take effect after a 14-day time lock.

MUX is the protocol’s non-transferable reward token and is only available on Arbitrum. Users can earn MUX through holding veMUX or staking MUXLP.

MUX tokens can either be staked in exchange for veMUX, or vested into MCB.

The current supply cap for MUX is 1,000,000, and the daily emission is 1,000. The supply of MUX tokens will decrease if they are vested into MCB; the vesting process will take one year.

veMUX is the protocol governance token and comes with voting power. Users can obtain veMUX from locking MCB and / or MUX. Holding veMUX will grant users protocol income (protocol fees and third-party DEX mining rewards) and MUX rewards. veMUX tokens are minted when users lock MCB and/or MUX and will be burnt as the lock time decreases. veMUX tokens are non-transferable and only available on Arbitrum.

MUXLP is the protocol’s liquidity provider token, which is minted/burnt when liquidity providers buy with/sell for one of the pool assets. MUXLP can be staked to earn protocol income (protocol fees and third-party DEX mining rewards) and MUX rewards. Liquidity composition, weight, and multiplexing statistics can be seen on the MUX Liquidity page.

There is no supply cap for MUXLP tokens. MUXLP tokens are minted when buy orders are filled and burnt when sold.

Liquidity pools on trading protocols are usually fragmented between chains, leading to inconsistent liquidity depths. MUX unifies liquidity across chains with a broker module, which is a bot that monitors aggregate cross-chain liquidity. Trader’s orders will be assessed by the broker module against all available liquidity and open interest caps, which will be discussed in the next section. The universal liquidity mechanism offers higher capital efficiency on all deployed networks without the need to bridge pool assets around all the time.

The MUX protocol has separate open interest caps for long and short positions, set to ensure the MUXLP pool will always be able to cover all potential profits from leveraged traders. The long cap is calculated from the availability of the specific asset in the MUXLP pool, while the short cap is from the availability of all stablecoins. To further ensure the liquidity pool is overcollateralized against total open interests, the open interest caps will always be lower than the total pooled assets or stablecoins in question. To mitigate the risk faced by LP that full caps are utilized and no new trading fees can be earned, funding payment on MUX is served as a borrow fee applicable to both long and short positions, allowing the protocol to earn income even if the open interest cap is fully used.

Opening positions involves the following procedures on the back-end:

Closing positions involves the following procedures on the back-end:

Track your DeFi positions with the most comprehensive portfolio tracker ever built!